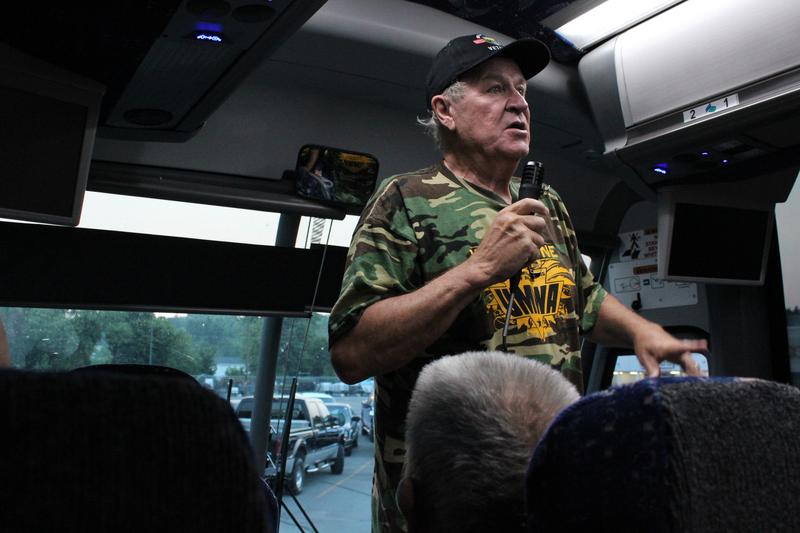 Retired miners will not lose their health benefits, as had been feared, thanks to last-minute action from Congress. However, Congress did not act on the miners’ faltering pension benefits fund, which supports some 43,000 retired miners in the Ohio Valley region.

The health and pension benefits had been connected in legislation in Congress called the Miners Protection Act, but were split in the final push to include benefits protections in a federal spending bill.

Both the successful extension of the health benefits and the failure to act on pensions have a lot to do with one key player: Senate Majority Leader Mitch McConnell of Kentucky.

On Monday, McConnell took to the Senate floor to claim credit for securing miners’ health benefits in marathon negotiations over a federal spending bill.

“I’m pleased to report that this spending legislation incorporates language from a bill I introduced earlier this year,” McConnell said.

It was an unusual turn in the years-long effort to secure benefits. Just about a year ago retired miners were blaming McConnell for blocking a bill that would secure their pension and health benefits.

“We’ve got the votes,” Holland said to his fellow miners. “Guess who stopped it? One guess?” Holland asked.

“Mitch!” the others answered in unison. “Mitch McConnell!”

So what happened between that bus ride last year and the Senate floor this month?

In a statement, a staffer for McConnell said the senator did not block the Miners Act, but wanted it to go through regular order. It did, passing through the necessary committees. But the bill never got a vote on the Senate floor, despite high-profile efforts from its sponsors, including West Virginia Democrat Joe Manchin.

McConnell introduced his own version, which is what eventually made it into a federal spending agreement. But there’s a crucial difference. McConnell’s version secures health benefits, but not the miner’s pensions.

“The only conclusion I can draw is that there is some political rationale that Sen. McConnell was not revealing as he continues to stall,” said West Virginia University law professor Patrick McGinley.

McGinley said McConnell had the power to bring the Miners Act, which enjoyed bipartisan support, to a vote and he chose not to.

West Virginia Rep. David McKinley, a Republican, leads the Congressional Coal Caucus. McKinley told ReSource reporter Glynis Board that he thinks there is support to address the pension issue as a stand-alone issue.

“They didn’t cause the problem,” McKinley said of the miners. “Because the industry has taken such a hit they’re losing their pensions. That’s dangerous.”

McKinley noted that many pension funds are in financial jeopardy. The recent wave of bankruptcies in the coal industry made the miners’ fund especially vulnerable.

The UMWA has argued that the federal government has a responsibility dating to agreements made in the 1940s and 50s to secure the benefits for miners. 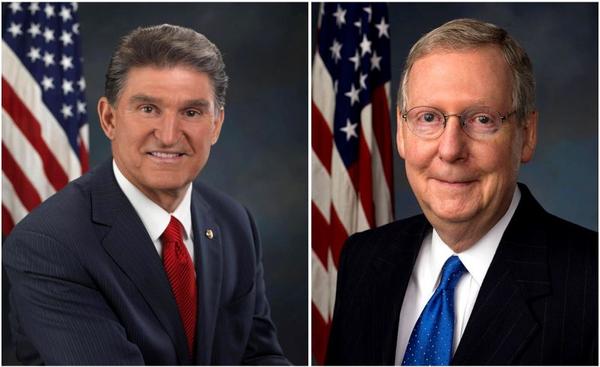 However, some fiscal conservative groups, such as the Heritage Foundation, have argued that Congressional action would be a bailout, and could lead to more such requests from other wobbly pensions funds.

United Mine Workers of America Communications Director Phil Smith said he doesn’t see the problem with that.

Smith said he thinks McConnell changed his position on the miners’ health benefits when he realized how many of his constituents would be in crisis without access to health care.

A UMWA statement on the health benefits thanked McConnell for his role, but closed with a pledge to preserve the pension benefits for retirees “who earned them in blood and toil.”

Smith is hopeful there may be a solution by the end of the year, before the miners’ pension program is at risk of insolvency.

Senator McConnell will, of course, likely remain a key player. In his statement, McConnell’s aide said the senator thinks miners’ pensions should be addressed but “in the context of broader pension reform.” 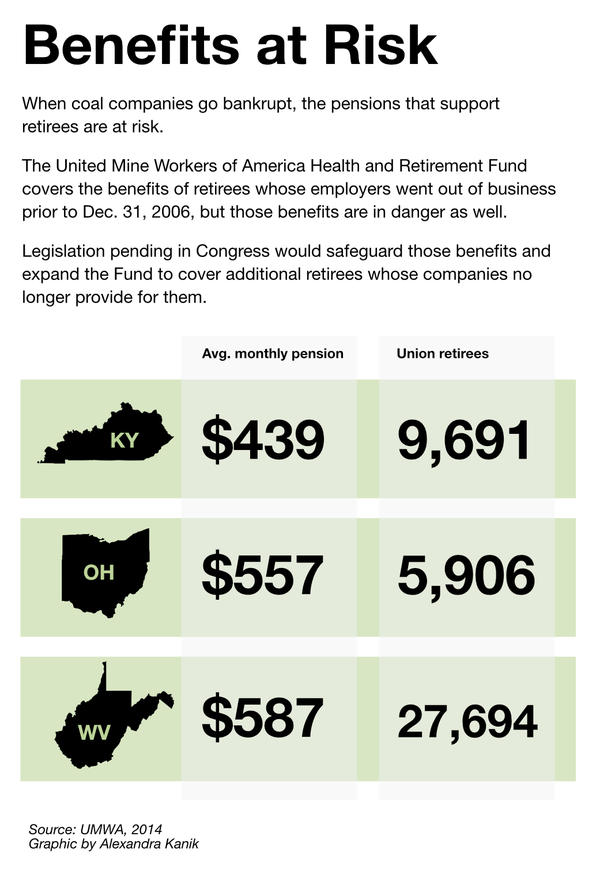 Investigative Reporters and Editors has honored NPR’s Howard Berkes and the Ohio Valley ReSource for reporting on the resurgence of black lung cases in Appalachia.

The Road To Recovery

On a recent gray winter morning Tomas Green drove the rain slick streets of Ranson in West Virginia’s Eastern Panhandle. No matter the weather, Green helps transport clients working through addiction at the Jefferson Day Report Center get to their treatment sessions and meetings.

The Ohio Valley region once helped give rise to the labor movement. Now it’s shifting toward what’s known as right-to-work law. West Virginia and Kentucky have passed right-to-work laws and Ohio is considering a similar bill.

Dona Wells walked through what’s left of the EMW Women’s Clinic in Lexington, Kentucky. Boxes fill what use to be offices. Sterilized medical supplies are in disarray. A light flickers on and off in the back hallway. She doesn’t see a point in fixing it. At 75, she still runs 25 miles a week, but Wells is tired.

“I was going to retire anyway, probably this year,” she said. But I wanted to do it on my terms, not Gov. Bevin’s terms.”