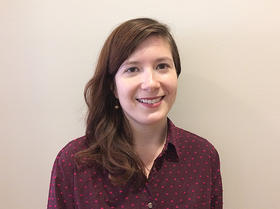 Liz Schlemmer is WUNC's Education Policy Reporter, a fellowship position supported by the A.J. Fletcher Foundation. She has an M.A. from the UNC Chapel Hill School of Media & Journalism and a B.A. in history and anthropology from Indiana University.

She has previously served as a temporary Morning Edition producer and intern at WUNC and as a news intern at St. Louis Public Radio. Liz is originally from Indiana, where she grew up with a large extended family of educators.

The U.S. Department of Education will fund the grant to provide tuition and living expenses for 10 doctoral students at UK and U of L, with 5 scholars at each university’s college of education. The two institutions offer the only doctoral programs in special education in the state.

When It Comes To School Choice, Bevin Stands Alone

School choice is a big buzzword in education policy, and in many parts of the country, opinions on it usually run along party lines. Republicans tend to be for school choice, and Democrats against — however, that’s not the case among all of Kentucky’s candidates for governor.

All week, Kentucky Derby-goers have been checking the weather forecast, and bracing for a rainy race for a second year in a row. The rain can have a big effect — not just on the crowd’s spirits — but also on the outcome of the race.

This year, crowds came prepared for a downpour. Women wore colorful galoshes, fashionable raincoats, or clear ponchos to show off their dresses. Sarah Rodriguez and her friends took refuge from the rain under a staircase at Churchill Downs, wearing matching monogrammed ponchos.

“While we had people pretending to be sick when they weren’t sick, and leaving kids unattended to, or in situations that they should not have been in, a girl was shot,” Bevin said in comments to the Louisville Rotary Club Thursday.

The 7-year-old girl was shot on March 12, a day when Jefferson County Public Schools were closed due to teacher protests.

It is not clear whether the child, who was shot in Shively, was a JCPS student.

JCPS Board Asks State To Withdraw Request For 'Sickout' Names

The board of Jefferson County Public Schools has unanimously passed a resolution that asks Kentucky Commissioner of Education Wayne Lewis to withdraw his request for the names of school employees who called in sick in recent weeks. Lewis said he won’t withdraw the request.

The school board held a special meeting Tuesday to discuss the Kentucky Department of Education’s request for the district’s attendance records.

State Commissioner of Education Wayne Lewis is asking for the names of teachers who have called in sick to protest education bills at the legislature.

Teachers Say Distrust Of Lawmakers Is Behind Continued ‘Sickouts’

Jefferson County Public Schools closed for a sixth time Thursday due to teacher absences, as a sickout continued despite assurances from lawmakers that the major education bills educators oppose are dead.

In an apparent effort to convince teachers to return to school Thursday, a bipartisan coalition of Jefferson County lawmakers put out a statement Wednesday night to send a clear message to teachers that the education-related bills they were protesting had no chance of passage.

To Save Their Endangered Language, 2 Cherokee Brothers Learn As They Teach

He points to the back of his classroom at the New Kituwah Academy in Cherokee, N.C. It's early September, and sheets of paper on a bulletin board display the names of 226 Eastern Band Cherokee members.